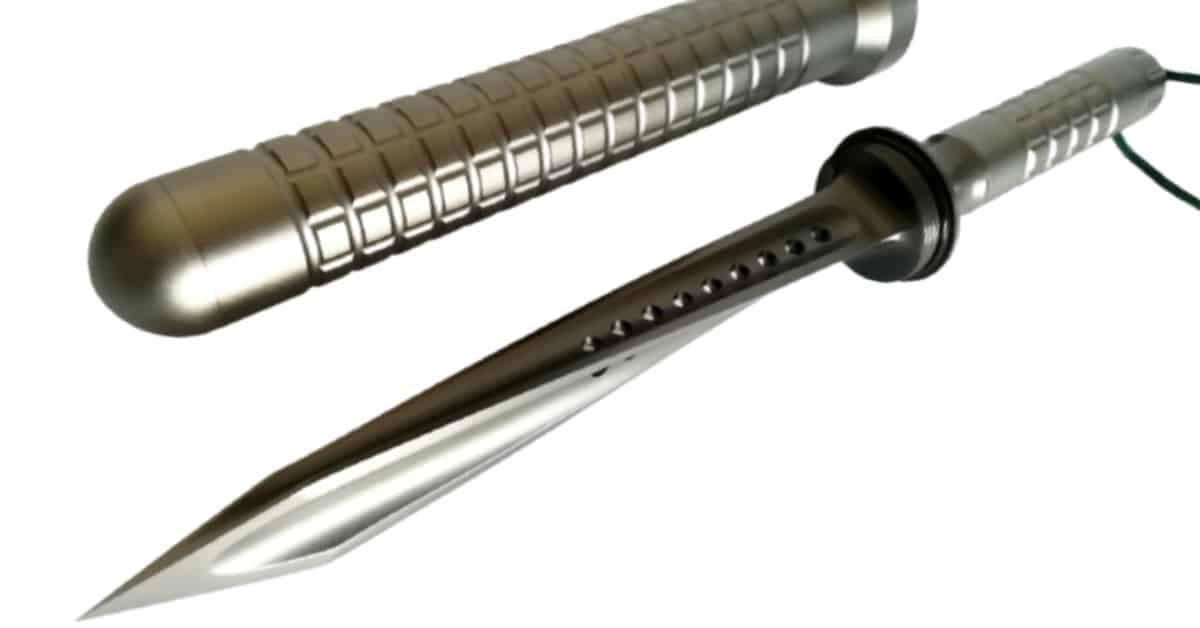 Knives are considered a man’s (or woman’s) best friend. Why? They are versatile and come in handy for a variety of conditions. Knives are useful for hunting, hiking, camping, and self-defense. Whether you’re buying your knife for self-defense, combat purposes, or to be used as a weapon against wild animals when you go hiking in the wild, you need a trusty knife by your side.

This article will review the options listed above. Read on to learn everything you’ll need to know about the world’s deadliest and most dangerous knives.

Pro-Tip: While these knives are very deadly and dangerous, you’d still need some training to use them efficiently. If you don’t want to harm yourself or your loved ones while training, we recommend getting some knife training to help you.

Oh and I also have to say, I loved making this list because I don’t have to justify my reasoning to anyone. Some of the knives were chosen because they are legitimately scary and dangerous, others because they have been responsible for huge amounts of bloodshed throughout history, and some because they’re more cool than anything.

This option is not just popular but also dangerous. It’s the smallest on our list, but it is also one of the deadliest. The push dagger is mainly used as a defense weapon, and it serves its purpose well.

Its design features a thick and short blade that’s lethal enough to cause serious injuries. There’s a T-shaped handle designed to give the user a comfortable grip. So while the blade does tremendous damage to the target, the handle protects the user’s hand. 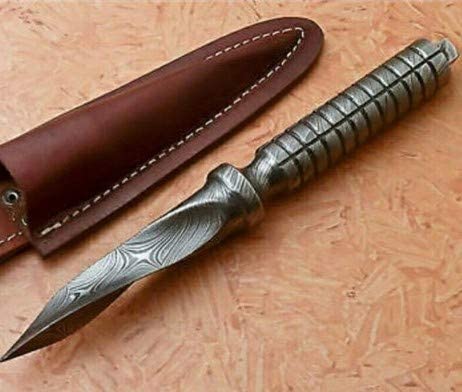 Best defined as a masterpiece, the Poshland RAM-211 is known for the severity of injuries it causes targets. Any sort of spiral blade is known for being incredibly dangerous because of the bloody wounds they cause.

While others are longer (and more popular) than the Poshland I included it here because I own it and think it’s more beautiful than the others. Think of it as a representation of all the spiral knives out there.

In fact, many knife enthusiasts have described the mind-blowing spiraling survival knife as a piece of art.

The knife’s 10″ length is equally divided between the handle and the blade. It comes with a leather sheath, and one of the best features of the knife is the beautiful pattern on the steel blade. The use of alloy steel for the knife’s blade gives it sharp cutting and top edge retention abilities.

The Poshland RAM-211 features a unique design that makes it one of the longest-lasting knives. Therefore, it is not surprising that it’s a favorite knife for hunters and people who’re always out in the wild.

The trench knife is often referred to as the deadliest weapon ever built. Its history traces back to the First World War when US soldiers used it to battle in the trenches.

It has since remained one of the best weapons for close-quarter combat because of the knuckles it features. These knuckles can be worn on the fingers for convenience and better control.

It’s the same design that today’s brass knuckle knives feature. The long and powerful blade attached to the knuckles is solid and sharp.

The trench knife made another appearance in the second world war when it was a secondary fighting weapon. Trench knives are not as popular as they used to be, but they are still available and as deadly as they used to be.

Often referred to as one of the Russian Military’s most excellent blades ever produced, the Spetsnaz Machete features a unique design from traditional brush machetes.

Although created to serve more as a multi-functional survival tool than a weapon, it is still highly effective for combat situations. The knife was originally designed for multi-functional use during the second world war.

The Spetsnaz Machete features a curved blade that widens out as it furthers away from the handle. The tough high-carbon steel for its blade makes it heavy and somewhat difficult to sharpen.

It’s an excellent option for camping because of its multi-functional uses. Skilled combatants can also use the knife to inflict severe injuries during close combat.

Once known as the “world’s deadliest knife,” the WASP injection knife is an excellent combat knife that inflicts severe injuries on its target.

This deadly blade, which burst into the knife scene in 2008, gained instant popularity because of its unique operation style. After piercing a target with this knife, you can press a button on the handle to unleash compressed air into the target.

The knife’s blade is sharp and dangerous. Add that to the unique mechanism designed to release CO2 into its target, and you can tell that the knife is an instant killer.

The user needs to press a button near the blade’s guide to release gas from an inbuilt CO2 cartridge at high velocity. The gas travels through the blade and into the target, causing instant and severe damage to internal organs.

Made famous during the second world war by British commandos, this double-edged knife ranks well as one of the most deadly knives ever used.

The Fairbairn design is simple, but that doesn’t take anything away from its functionality. The double-edged blade is made of black carbon steel, which can cut into nearly everything.

The acutely tapered, sharply pointed blade gives it the look of a stiletto, a weapon optimized for thrusting. It was originally designed for surprise attacks but has since become a versatile weapon for nearly all kinds of close-quarter combat. The hilt fits easily into the hand, and its blade is light enough for easier manipulation.

The M-9 Bayonet is a multi-purpose knife with all the right features to make it a workhorse. Officially adopted by the US army in 1986, this knife has a unique design that stands out as a bayonet and field knife.

The M-9 blade is made of special stainless steel and features fine saw teeth on the spine and a black zinc-phosphate layer that protects the edge. It is compatible with the M16 firearm, has a 7-inch blade, and is issued with a sheath that doubles as a wire cutter.

There you have it, a detailed look at the world’s most deadly and dangerous knives. While some of these knives are now being produced as replicas, many still exist in their original forms.

If you want to have a knife collection, the options in this article are a great place to start. But before getting one, remember always to check the features, size, blade types, and shape. Buy the one that best suits your needs.

Knives can cause severe injuries to the bearer and the target. So, unless the situation calls for it, don’t pull out a knife. We recommend taking knife training before buying or handling any of these deadly knives.