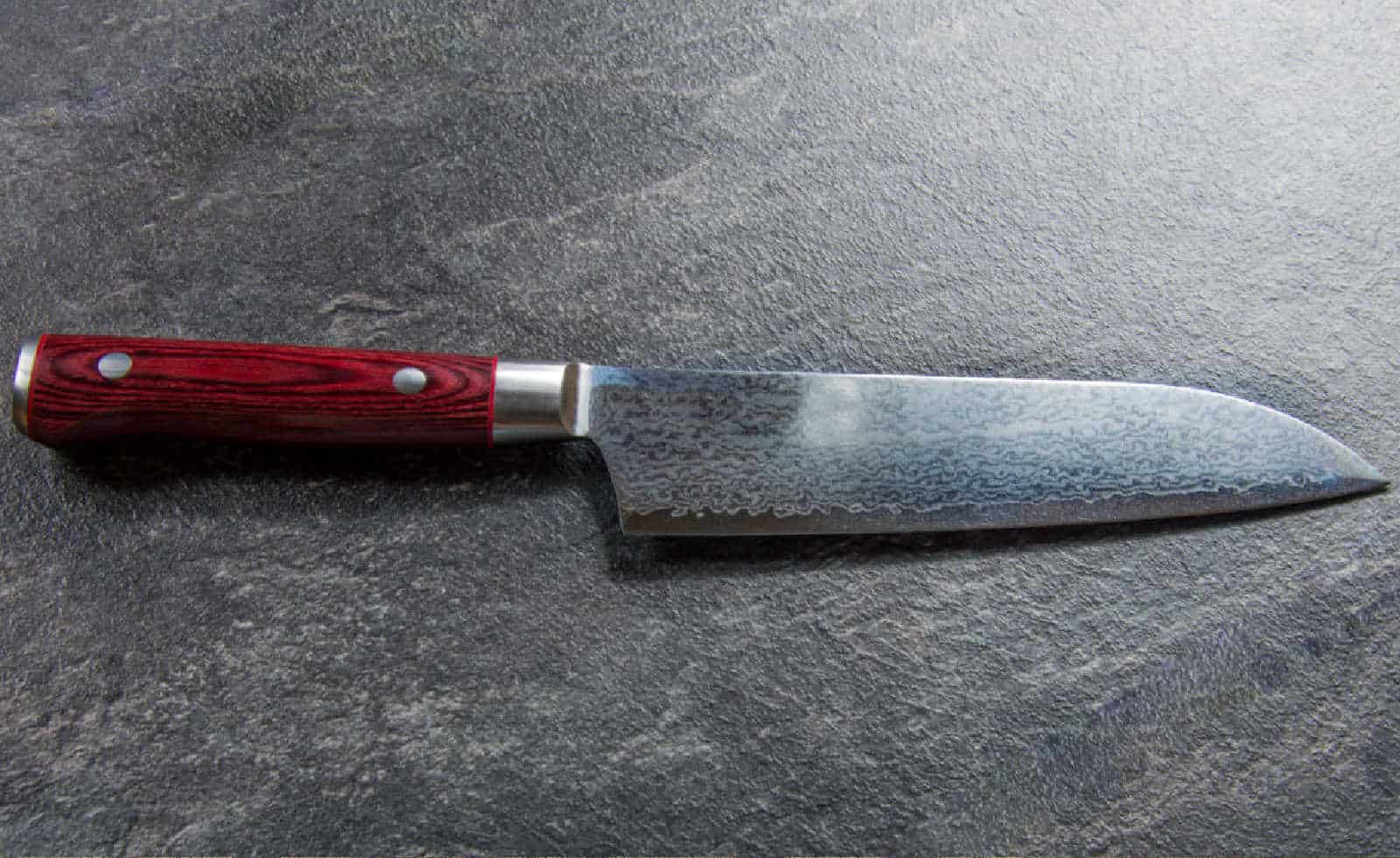 When it comes to knife steel, there are a lot of options to choose from.

Back in the day when I was saving up to buy an Old Timer knife from my local Ace Hardware, I had no idea how many options or how complicated the choice could be.

But, does it have to be? Is all of the hype of new super steels simply marketing?

Well, in many cases, yes. However, SG2 and VG10 are two extremely popular knife steels that have some key differences that you’ll want to learn about if you’re in the knife market.

So let’s do an SG2 vs VG10 comparison and see which one you should pick in your next knife! That is assuming that the same knife is available in both steels. In my opinion, knife choice trumps steel choice.

Having said that, let’s take a look at how SG2 and VG10 compare in factors such as toughness, edge retention, ease of sharpening, cost, and more!

Background & Overview Of Each Steel

SG2 is a high-carbon steel with a carbon content of approximately 0.8%. It is widely used in cutting tools and other applications where wear resistance is important.

SG2 has a long history, dating back to the early days of Japanese swordmaking.

Today, it is still used in a variety of applications but is mostly found in high end kitchen knives. You’ll be hard-pressed to find a pocket knife or daily carry option that utilizes SG2.

SG2 is known for its excellent wear resistance and ability to hold an edge. It is also relatively easy to sharpen, making it a popular choice for many users. SG2 steel generally has good overall characteristics, making it a versatile option for many users.

VG10 is a high-carbon stainless steel with a chromium content of around 15%. It is also sometimes referred to as 1.4116 or 55Cr15. This steel is widely used in knives and other cutting tools and is known for its excellent edge retention and corrosion resistance.

VG10 steel was first developed in Japan in the early 1990s by Takefu Special Steel Co., Ltd. It was designed as a stainless steel that could be used for both kitchen knives and pocket knives.

In recent years, VG10 has become increasingly popular with knife makers around the world due to its superb performance characteristics. When compared to other steels such as 440C or 154CM, VG10 is able to achieve a much sharper edge while still maintaining excellent edge retention.

Additionally, VG10 is highly corrosion-resistant, making it a great choice for use in damp or wet environments. All these factors have helped to make VG10 one of the most popular steels used in high-end knives today.

When it comes to knife steel, toughness is an important quality to look for.

Toughness refers to the steel’s ability to resist chipping and breaking under heavy use. A tough knife blade will maintain its sharp edge longer, making it a good choice for hard-working chefs and outdoorsmen who need a blade that can stand up to “tough” conditions.

In general, high-carbon steels tend to be tougher than stainless steels, but there are exceptions to this rule.

In general, a tough steel will not get quite as sharp but will be slightly easier to sharpen and may retain an edge better.

Knife steel is an alloy of iron and carbon, and it can also contain other elements like chromium, vanadium, molybdenum, and tungsten.

The amount of carbon in the alloy is what determines if the steel is hard or soft. The more carbon, the harder the steel. However, too much carbon makes the steel more brittle.

That’s because as the carbon content increases, so does the number of carbides in the steel. These carbides are hard, but they’re also brittle. So, when there’s too much carbon in the steel, these carbides can cause the knife to break more easily.

Because of this, there is a balance between hardness and toughness that must be walked when choosing a knife steel for a specific application.

The Rockwell Scale is a measure of hardness, used in many industries including the steel and construction industries. The higher the number on the scale, the harder the material. VG10 has a hardness of about 61 on the Rockwell Scale. SG2 comes in at 61-62 making the difference in hardness mostly negligible. Most people would be hard-pressed to tell a difference in use or sharpening either.

On paper, SG2 is a harder steel, which gives it better edge retention. However, this also makes it more difficult to sharpen. Marginally.

VG10 being slightly softer means that it’s easy to sharpen but doesn’t hold its edge quite as well.

Having said that, both steels are high-quality options that will satisfy most chefs or knife lovers.

Winner: Neither. Pick your poison.

This is not only because the steel itself tends to be more expensive but because it’s most common use case: high-end Japanese kitchen knives.

VG10, on the other hand, can be found in tons of regular kitchen knives, pocket knives, etc.

Figuring out cost is obviously a balance of value for the price so you’ll have to decide which option is a better choice for you.

The real kicker here is that, because SG2 tends to be more expensive, the knives that are made of SG2 typically show a commensurate increase in craftsmanship and other materials.

Winner: VG10 (for most people)

For the majority of people, VG10 is a better choice of steel. It might have slightly less super-star-level performance but the difference is incredibly slight.

What’s more, that slight difference is more than made up for by the cost difference and the wide selection of knives available in VG10. Ultimately, the decision of which type of knife to buy should come down to personal preference and budget.