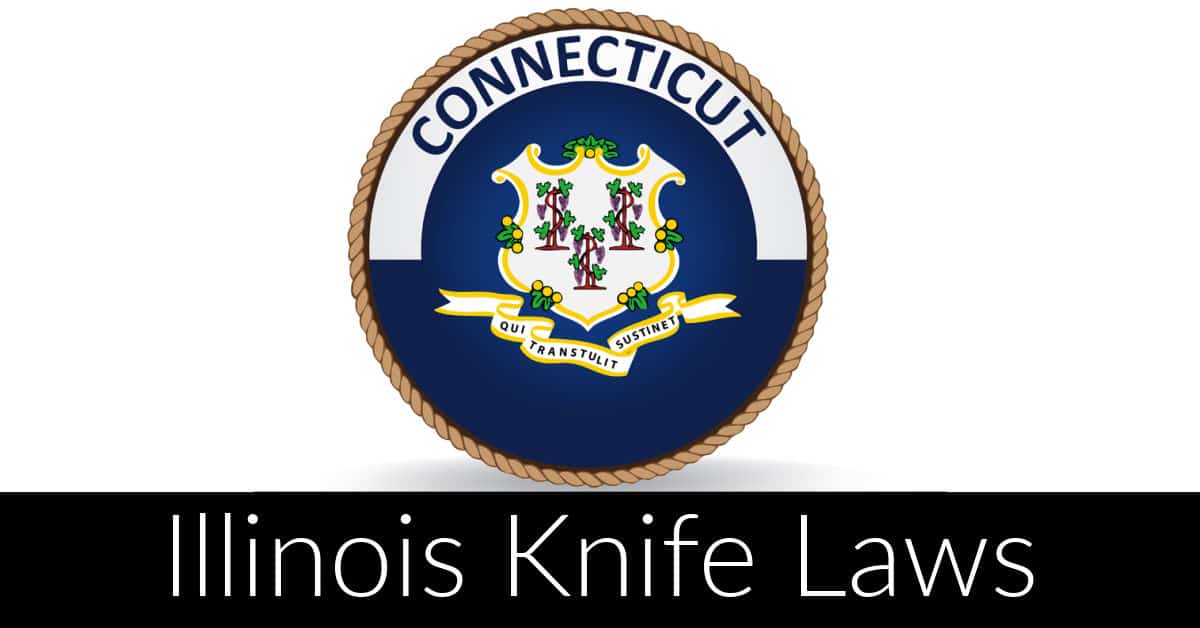 Connecticut is home to some of the freshest lakes and ponds of various sizes, making the state perfect for anglers, hikers, and explorers. The Nutmeg state is also known for its low crime rates, (some say) thanks to the strict carrying laws for knives and other weapons. So, before you go on your next fishing or hunting trip, here is what you need to know about Connecticut knife laws.

Does Connecticut Have Statewide Preemption on Knife Laws?

There is no statewide preemption on knife laws in the state. Therefore, local municipalities can have other restrictions on knives within their towns.

For example, Cheshire banned carrying knives in parks and recreational facilities. In New London, any knife with a blade over three inches is considered a dangerous weapon.

If you enjoy exploring different parts of the state, ensure you stay on the right side of the law by researching local knife laws in other towns. Remember, you also have to abide by state laws.

You should know certain terms to understand the Connecticut knife laws better. They include:

You can own any knife in Connecticut, including:

There are no illegal knives in Connecticut.

There are only limitations when you carry the knives in public or outside your home.

1. Illegal to Carry Any Dangerous Weapons

2. Illegal to Carry “Weapons” in Vehicles

In Connecticut, it is illegal to carry weapons in vehicles. The law states that it is a class D felony for anyone to knowingly carry any weapon, pistol, or revolver in a vehicle owned, operated, or occupied by the person. Under this section, a weapon includes all items mentioned here.

3. No Deadly Weapons on School Grounds

It is a class D felony to possess a firearm or a deadly weapon on school grounds or at a school-sponsored activity on or off school property.

4. No Knives in Parks or Rec Facilities

It is illegal in Cheshire, Connecticut to carry any knife in a park or recreational facility.

Licensed hunters, fishers, and anyone with a trapping license are also exempt from these Connecticut knife laws.

Note that these rules only apply when you carry knives out in public. Otherwise, you can own any knife regardless of blade length, just don’t leave your house with it.

Remember, Connecticut has no statewide preemption, so local towns can have other restrictions on knives. For example, in New London, knives with blades longer than three inches are considered to be dangerous weapons.

Now that you have a general idea, are there any Connecticut knife laws that relate specifically to a person’s age or background?

Can Minors Carry Knives in Connecticut?

As far as knife laws are concerned, there are no age restrictions as to who can carry or buy knives in Connecticut. What we know is that the carry laws apply to everyone in the state regardless of age.

Can a Felon Carry a Knife in Connecticut?

There is no specific law relating to felons and knives in Connecticut.

Therefore, you should assume that all the knife laws and restrictions apply to everybody regardless of their criminal history.

A felon can own any knife in Connecticut, but they should be mindful of the restrictions regarding length and locations where they can have a knife.

There are no provisions limiting the open or concealed carry of knives in Connecticut. However, the general carry laws apply. This means that you can carry concealed or openly any legal knife in Connecticut with a blade shorter than four inches.

Remember, carrying a weapon, including knives, is illegal in a vehicle and on school grounds. Although concealed or open carry is not an issue, it is important to remember that a wide variety of knives are illegal to carry in the state.

At the end of the day, understanding Connecticut’s knife laws doesn’t seem overly complicated. With that being said, I’m just a normal dude, and working my way through all of the legal jargon was a grind.