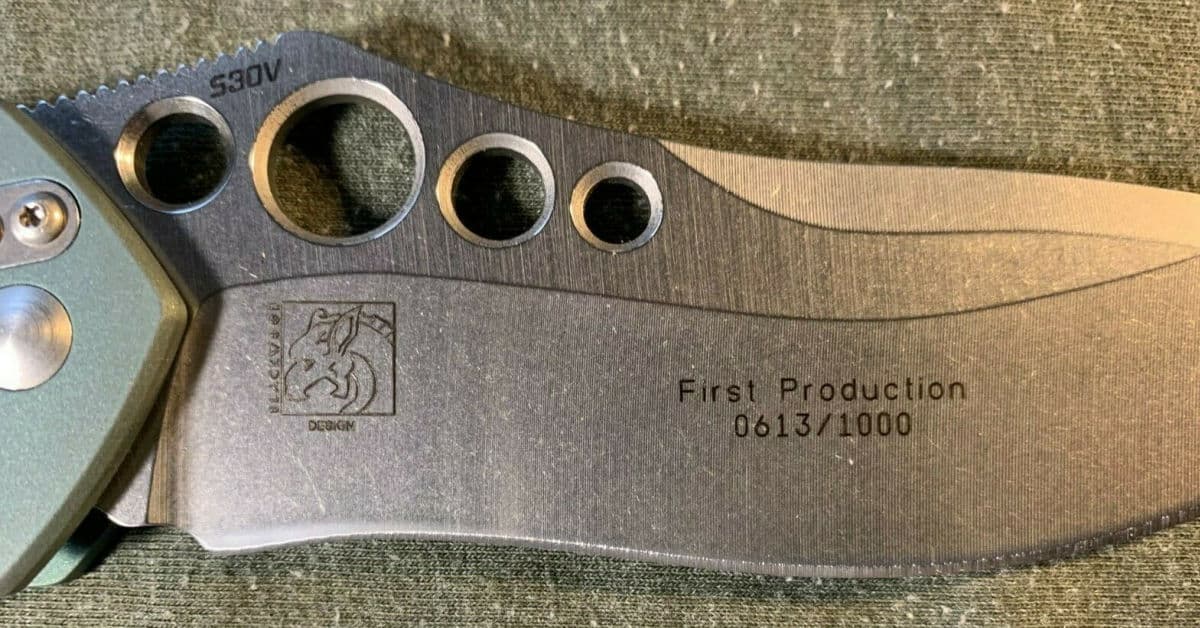 If you’ve started wondering about what steel is best for your next knife it means one of two things: you’re at the point in your life where you worry about things that don’t really matter, or you actually plan on giving this knife some punishment and performance matters a lot.

Either way, you’ll soon find yourself facing more decisions than you could possibly imagine. Luckily, most knife models limit themselves to 2-3 steel choices so people like me don’t have an aneurysm trying to choose.

While it’s not an extremely commonly faced choice (unless you’re making a knife) you may be forced into choosing between 154CM and S30V for your next blade.

In general, S30V is considered to be superior to 15C4M as knife steel. It is a harder steel with superior edge retention and corrosion resistance. However, 154CM is cheaper, easier to sharpen, and has more resistance to fracturing.

Before we jump into this, I’m going to tell you the honest truth. Both 154CM and S30V are excellent knife steels and you won’t be disappointed with either. In fact, most people would have trouble detecting a difference between the two even if they used them side by side.

On paper, S30V is a superior knife steel and offers more bang for your buck.

However, if you simply have to know, here’s how they stack up.

When it comes to knife steel, words like “toughness” and “hardness” are often thrown around it confusing and incorrect ways.

Toughness: Blade toughness is a measure of fractal resistance. Meaning how likely you are to chip, break, or crack a blade from something like a prying motion. Both S30V and 154CM as high alloy steels have enough carbon (and carbides) that they lack toughness compared to other options.

Hardness: How hard the steel is. This is typically exemplified by blade edge retention. Harder steel (as measured in the Rockwell C scale in HRC) maintains an edge longer but is harder to sharpen.

However, there is an inverse relationship between toughness and hardness. In the case of S30V and 154CM, they trade their mediocre toughness for the ability to maintain a keen edge, S30V being an even more extreme case than 154CM.

Both 154CM and S30V offer excellent edge retention compared to something like 420HC. While neither are among the top competitors for keeping a keen edge, they’re in the upper portion and will keep an edge for months if you don’t abuse it.

As far as which one wins here, it’s hard to say.

154CM is a PM steel and is much more fine-grained than S30V. This results in its ability to hold a fine edge longer than S30V which, due to its high carbide volume, is coarser grain steel. However, the coarseness of S30V means that it has an excellent “toothy” edge and will maintain useful sharpness as a utility knife for longer.

Between the two of them, S30V is generally considered to hold a better edge for longer.

When it comes to knife steel, there is an inverse relationship between edge retention and ease of sharpening.

As you would expect, S30V is more difficult to sharpen but needs sharpening less often.

Despite the horror stories you may have heard, nearly every type of steel is “easy” to sharpen if you have the right technique and materials. More difficult steels simply require more time or a refined technique.

In this case, both S30V and 154CM can easily be sharpened with something basic like a Lanksy box. The problem comes if you let your blade get butter knife dull and you have to reprofile the blade.

You’re then in it for the long haul and would be better off using a diamond or ceramic guided system. So simply touch up your knives regularly and you won’t have issues.

If you’re not confident in your sharpening skills you’ll find 154CM to be a bit easier. If you’re abysmal at sharpening and maintaining your knives the I would steer clear of both of these steels (and the price-point of knives that use them…)

S30V is considered to be one of the “super steels” and you pay for it in terms of upfront cost. In fact, S30V is considered to be the first super steel developed specifically for knives (by Chris Reeves and CPM). However, given the length of time that has passed since its genesis and the progression of materials and steels, it has fallen from the throne it once held and is not just considered a really good steel.

Given that, I consider it overpriced in most instances.

I find 154CM to be even more overpriced. After all, it is similar in performance to S30V but has less resistance to wear. So, while it is cheaper, you get less bang for your buck.

Overall, I’d consider S30V to be a better deal between the two but still consider it overpriced compared to cutting-edge super steels now available (M390 for example).

While knife steel is a considerable factor, I would always prioritize choosing the right model and design of the knife and then choose from the steel options available. Most steels will do the job quite similarly but, if you hate the knife, the type of steel doesn’t matter.

Searching for a knife made of specific steel without considering other more important factors is simply putting the cart before the horse.

So, hopefully, this comparison helped you feel a bit more prepared when you actually find a knife that you love!