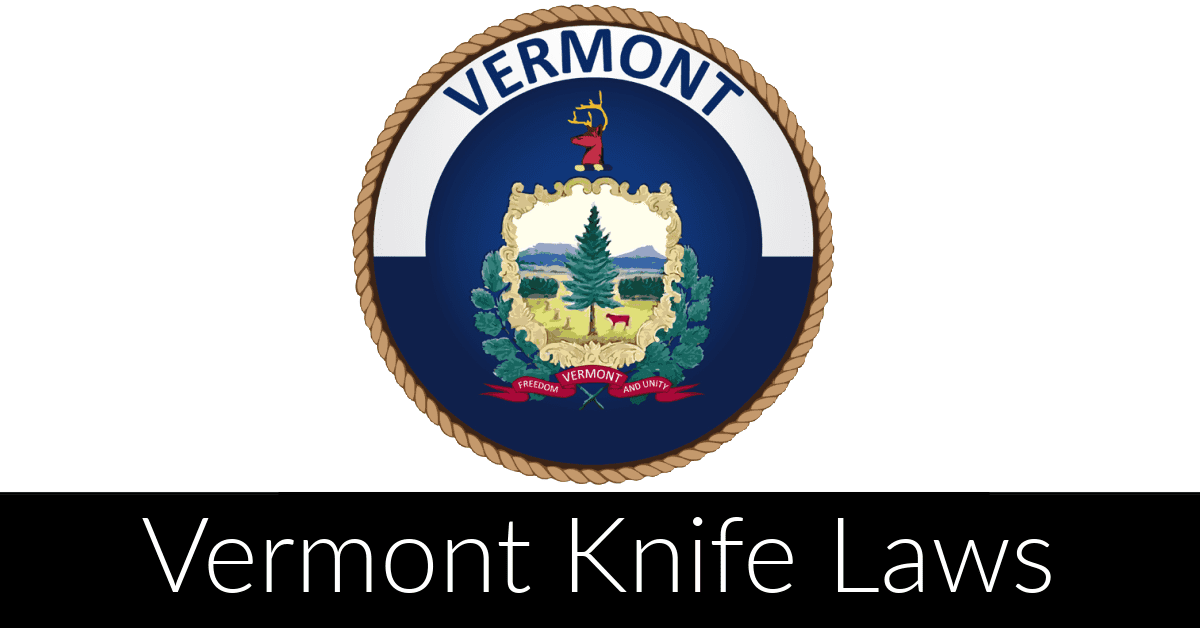 If you are a resident of Vermont, or if you are just visiting, it is important to know the knife laws in the state. In this blog post, we will provide a summary of the laws in plain English, so that everyone can understand them. We will cover what kinds of knives are legal, who can carry them, and how old you have to be to buy and carry knives. We will also discuss any other unique knife laws in Vermont. Stay safe and stay informed!

Is There Statewide Preemption?

In the state of Vermont, there is no statewide preemption law regarding knives. This means that local ordinances can still be enforced, even if they are stricter than the state laws. For example, some townships may have ordinances that prohibit the open carry of knives.

Who Can Buy And Carry A Knife In Vermont?

There are no age restrictions related specifically to buying and carrying knives. However, it is important to note that it is illegal to carry a concealed knife onto the grounds of a state institution, such as a school or courthouse. It is also illegal to carry a concealed knife with the intent to harm another person. Other than these two restrictions, there are no laws prohibiting the open or concealed carry of knives.

Can A Minor Carry A Knife?

In Vermont, it is against the law to provide a minor (under the age of 16) with a dangerous weapon of any sort, including a knife. This is also a ban on selling knives to minors under sixteen years of age.

What Kinds Of Knives Are Legal In Vermont?

All types of knives are legal in Vermont, with the exception of switchblades with blades that are more than three inches long. Other than this restriction, there are no knife length limits in the state.

This means that many knives are legal in Vermont simply because they are not specifically outlawed. This includes:

What Kinds Of Knives Are Illegal In Vermont?

Switchblades with blades that are more than three inches long are the only type of knives that are illegal in Vermont. However, the definition of a “switchblade” is not legally defined in the state and there is no precedent to determine whether it includes all automatic or OTF knives.

Are There Knife Length Laws In Vermont?

No, there are no knife length laws in Vermont. This means that you can carry any size of knife as long as it is not a switchblade with a blade longer than three inches.

The real fear with carrying an illegal knife, however, is that it may be classed as a dangerous weapon in the state which falls under the purview of much stricter punishment.

If you are carrying the knife with the intent to injure another person, then you may be charged with a felony which is punishable by up to ten years in jail and/or a fine of up to $25,000.

It should be noted that these are the maximum penalties that can be imposed, and a judge has discretion when it comes to sentencing. A number of factors will be considered, such as the severity of the offense and the criminal history of the offender.

Are There Any Knife Laws Unique To Vermont?

There are no knife laws that I’m aware of that are unique to the state. However, it is important to note that Vermont has some of the most lenient knife laws in the country (with the obvious exception of Alaska). This means that if you are traveling to Vermont from another state, you should be aware of the differences in knife laws and take care to ensure that you are not carrying an illegal knife.

In general, knives are not considered dangerous weapons in Vermont.

Can I Carry A Knife In Schools And Government Buildings?

Carrying a concealed knife onto the grounds of a state institution is punishable by up to one year in jail and/or a fine of up to $500. There are no laws about open carry.

In typical Vermont fashion, there are no laws of any sort dictating the legality of carrying a knife into a private building or business. However, it is left up to the owners of the property and they may choose to disallow knives (as many bars do).

Do I Need To Inform The Police If I Am Carrying A Knife?

There is no law requiring you to inform the police that you are carrying a knife. However, it is good form to do so if you are interacting with them at a traffic stop or similar situation.

As you can see, Vermont has very few restrictions when it comes to carrying knives. However, it always pays to be informed. Carrying a knife is a right that many people enjoy in the state and it would be a pity to get in trouble over simply being ignorant! Or, is more likely, coming across an ignorant security guard or officer.

So do you part and learn the laws to keep yourself and other safe!